Customers will be looking for a replacement and Net10 by TracFone has it.


When the COVID impact was first being felt, about the end of March, Cricket Wireless released a $15 pone plan to help those impacted. It included unlimited Talk, Text & Data with the first 2G data at high speeds then throttled down to 2G data speed. This wasn't a brand new plan but rather it was essentially half off their $30 unlimited plan. In their defense it was advertised as only being for a limited time and subject to change at any time. Well that change is coming.

On May 15th, subscribers were told the plan would be going away but that they would be grandfathered into it for an undisclosed longer amount of time. But since, Cricket has sent text messages to subscribers rescinding that grandfathered status and announcing that the plan will be completely discontinued by July 15, 2020. Customers are being told they can either select a different plan or they will be moved into the $30 plan, presumably autimatically.

As well, sources have come forward to say that AT&T's similar $15 plan is also going bye-bye on July 15th. As you probably know, Cricket is an AT&T prepaid product that runs on their AT&T network just like their namesake prepaid.

There's no indication on how many subscribers took advantage of this lower price without downgrade plan, and perhaps some of them won't begrudge the increase back to what they were paying before. But given the current economy and highest unemployment rates since the Great Depression, Cricket's timing on ending the plan seems poor. This could cause them to loose some subscribers altogether.

Alas, there are alternatives for these displaced customers to find similarly priced plans with close to or equal features, despite $15 for unlimited being a heck of a deal.

Cue the competition... If you are looking to find your customers an alternative, try Net10's $20 Double Data plan. Sign up for this bonus data plan ends on June 30, 2020, but the benefit to subscribers goes on indefinitely - unlimited data with the first 2G at 4G speeds then throttled down to 2G. Net10 runs on the very same network (AT&T) as Cricket and AT&T Prepaid of course so it's an easy switch to make with most handsets being compatible and easy to port over. And at just $5 more per month, it could be a very welcome option for so many people that may be looking at months of unemployment or reduced income due to work conditions of themselves or their family members.

Net10 is a Tracfone family product so look for your neighborhood Tracfone brand dealer, or visit an exclusive Total Wireless store for the hookup on this terrifically price alternative for your Cricket and AT&T PP customers looking for a new home. 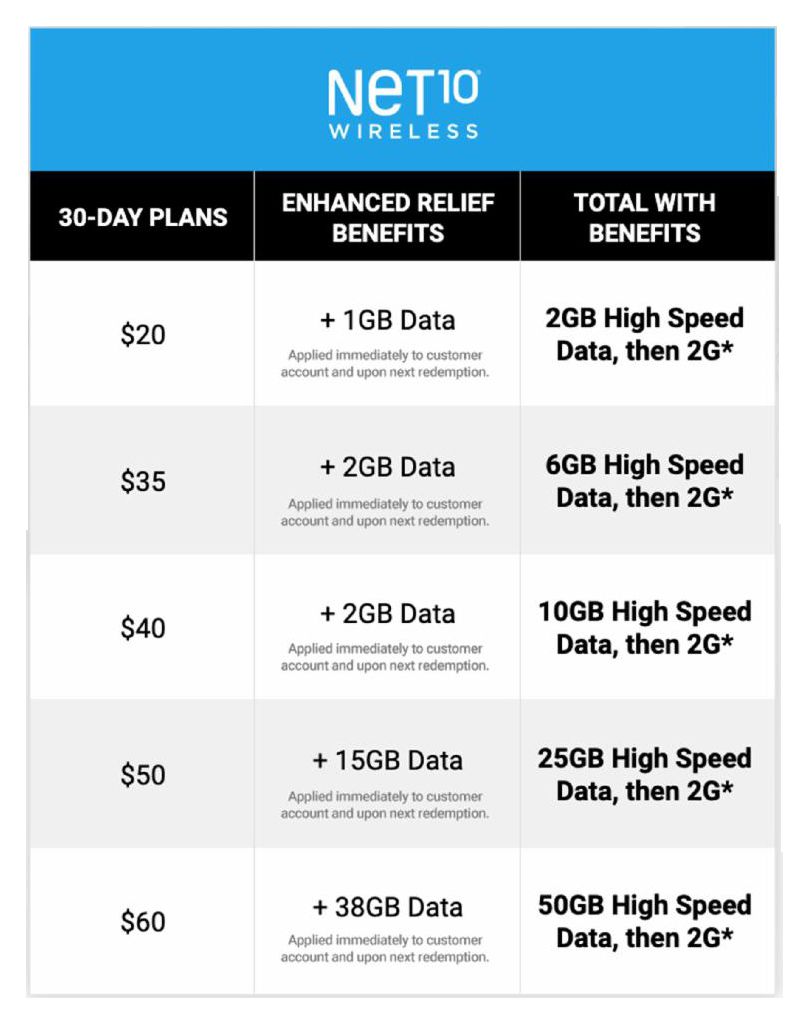